Our plan for today is to tour and enjoy the city of Vancouver.

We began our day with a ride on the Skytrain, Canada Line, bringing back great memories from the Vancouver Olympics.

Our first stop was Granville Island. We took the aquabus to the island and saw a harbour seal en route.

Once on the island we went to the Public Market. There were plenty of stands: gifts, local produce, baked goods and crafts. We stopped for refreshments – pink lemonade & coffee, snacks. We continued our walk around the island, enjoying the live music and shops.

After touring Granville Island we went back on to the aquabus towards Stanley Park. Our walk along the Seawall was wonderful. Unfortunately, with the smoke from the fires you could only see the bottom of the mountains. We did see some harbour seals and cranes though. Our walk along the seawall brought us through: Sunset Beach Park, English Bay Park and Second Beach. All were beautiful places to enjoy the hot and sunny weather. 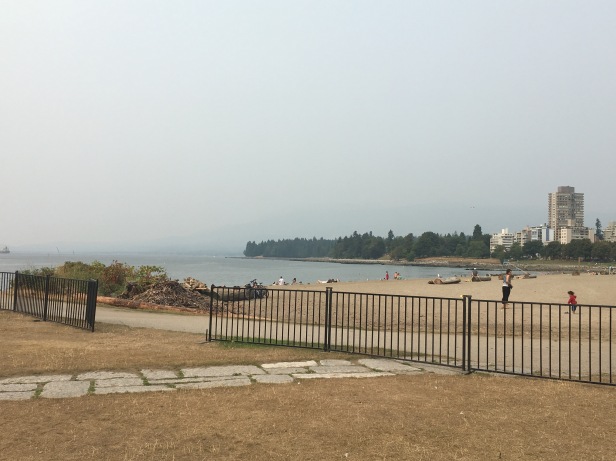 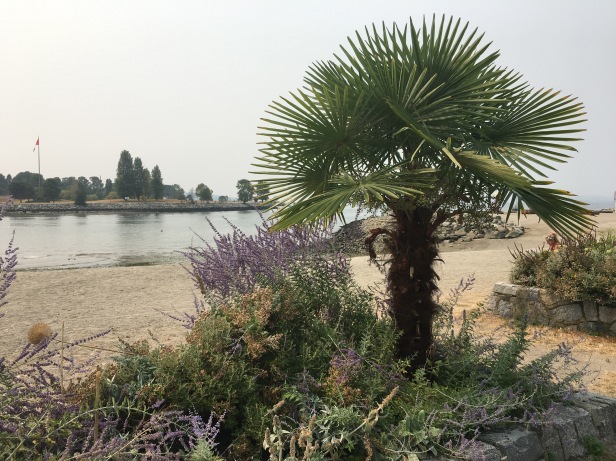 We continued further into Stanley Park. It is Vancouver’s first and largest park. Stanley Park is a national historic site of Canada. I love how nestled in midst of the hustle and bustle of the city, there is 400-hectare natural West Coast rainforest and  views of water, mountains and trees just waiting be appreciated and enjoyed. It really is amazing. We even took the mini train ride! The inscription on the Lord Stanley Statue reads, “To the use and enjoyment of people of all colours, creeds, and customs for all time. The inscriptions says: I name thee Stanley Park. Lord Stanley. Governor-General. October 1889. ” I imagine all visitors to Stanley Park would be impressed by its magnificence and would enjoy their visit. 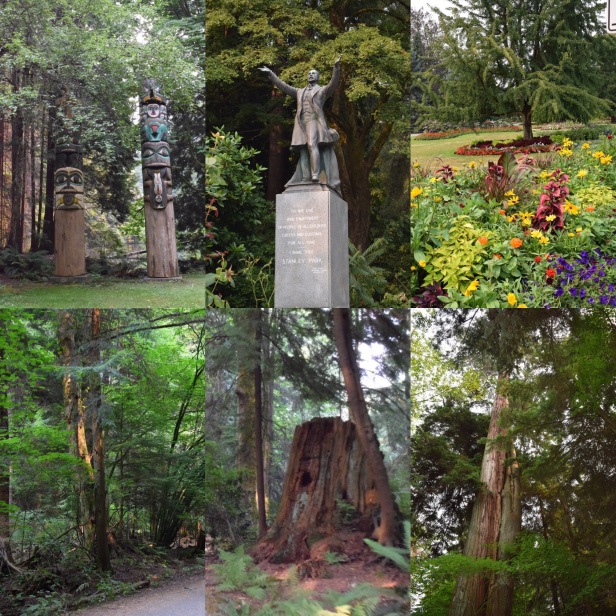 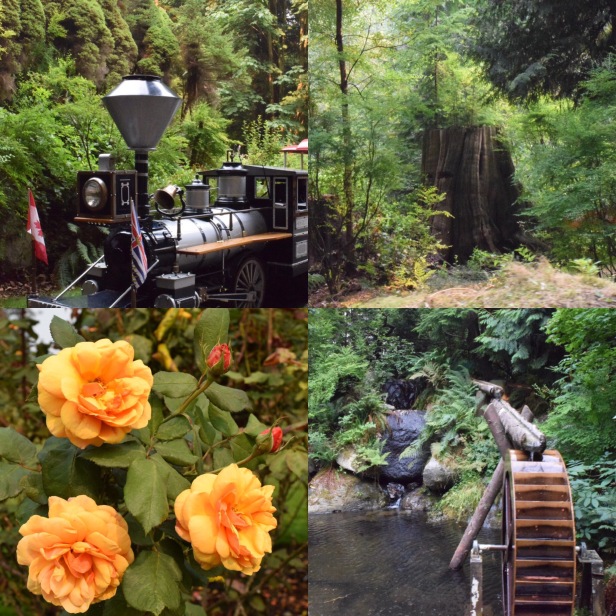 We decided to try one of JoJo’s restaurant recommendations and ate at Cardero’s. The feature pizza was their version of Hawaiian and paired nicely with Stanley Park Pilsner. 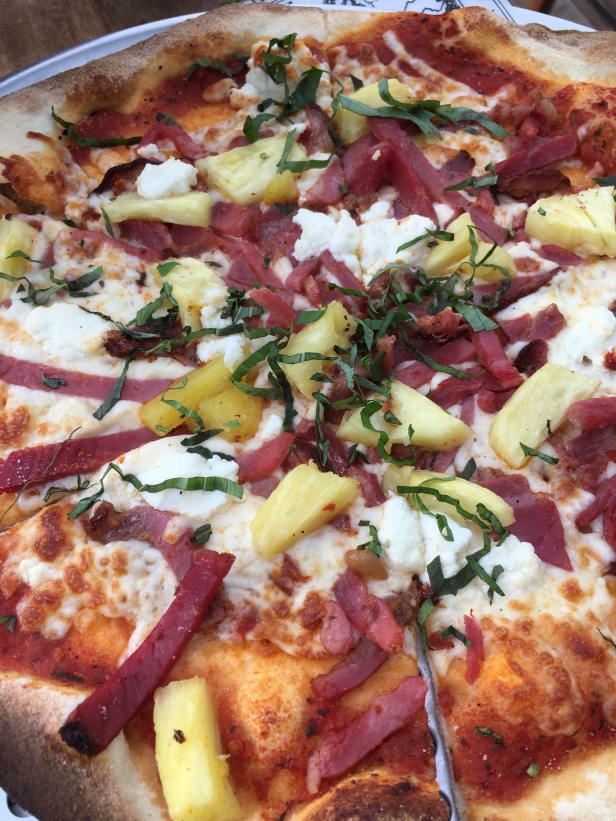 After our delicious supper, we walked to Robson Street and did some window shopping.

From Robson Street we began to walk towards Gastown when we were re directed. The street was being shut down as the movie Deadpool 2 was filming. Obviously, we decided to stand around with the small crowd and were able to see some filming. Here is a sneak peak of Deadpool 2.

​​
After seeing Ryan Reynolds our night was complete but no over. We continued to Gastown and explored this neighbourhood. Gastown is Vancouver’s oldest neighbourhood. We stopped to see the steam clock. I’d recommend visiting Gastown.

Nearing the end our night, we walked to and around Canada Place.

Our last stop was Mahoney & sons from some local beer, Twa dog, and nachos.

Despite the smokey haze Vancouver is a beautiful city, day or night!

On another note, if it sounds like we did a lot of walking today, that is correct. According to Jess’ Fitbit we did over 21km!!