Schools out and holidays have started. I’m beginning my holidays with a road trip to St. Andrews, New Brunswick. St. Andrews has a charming slogan, St. Andrews by the Sea, it has been named number one Canadian travel destination by USA today and most importantly is my brother and his wife’s new home.

During our 14 hour drive to get here, there weren’t many stops, not because we did see beautiful and interesting things but because we wanted to make it here for the famous Canada celebrations.

St. Andrews has a population of approximately 1 880 people, however for Canada Day that number skyrockets. There was an estimation that there were 50 000 people here for the parade. The parade was great! It started with a pre-parade vintage car show some pretty impressive cars. There were lots of floats in the parade and all were decorated fabulously.

After the parade we walked along Water Street. We went through the market and to the wharf.  It was low tide, which gave us an unique view of the many starfish and underwater life living on and under the wharf. 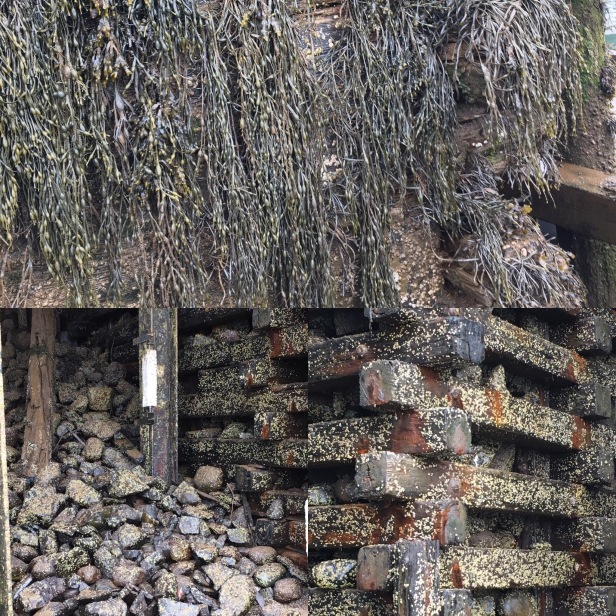 Our next stop was to see Canada’s birthday cake. We didn’t stay long enough to try any, but it was nicely decorated. 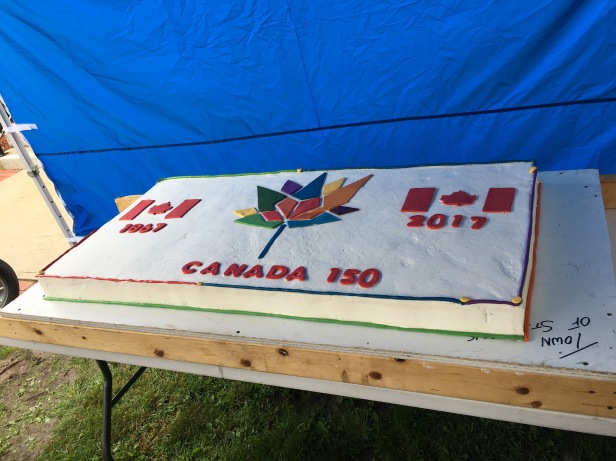 Then we ventured to the children’s dog show. Cute dogs that were very excited to see each other, it was amusing to witness. After watching the best tail and ears category we decided it was time for ice cream. The store Worth a Wiggle (you can check out their facebook page) is right across from my brother’s place and there was a steady stream of people in and out all day. The ice cream and gelato did not disappoint – blood orange and fish bait (vanilla gelato with chocolate chips and sauce and skor bites) were the two favourites. We will have to go back and try some of the flavours, all looked good. The store also had all kinds of neat items that I am looking forward to checking out.

For supper we enjoyed a delicious BBQ at my brother’s. Had an after supper drive Anderson House which is the Upper Campus of Huntsman, overlooking the Algonquin Golf Course, and even through the fog there is still a breathtaking view of Passamaquoddy Bay. A very charming place, seems like even the deer enjoy it.